The Man Of The Woods Tour, Ottawa, ON, Canadá +16 imágenes 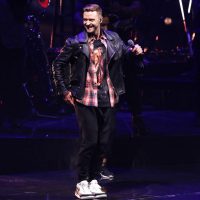 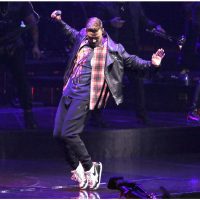 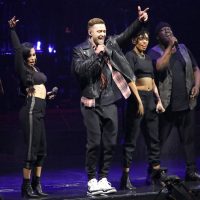 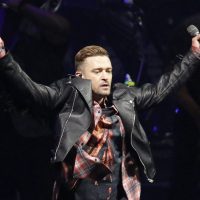 Justin Timberlake pulls out all the stops

Ottawa Sun — Justin Timberlake pulled out all the stops on Thursday with an elaborate concert at Canadian Tire Centre that heightened the experience of his song-and-dance routine with state-of-the-art production techniques, and brought a genre-mashing approach designed to draw everyone together.

Part of Timberlake’s Man of the Woods world tour, the concert marked a rare visit to the nation’s capital for the American pop superstar.

«It’s not every day we get to be in Ottawa», said the clean-cut 37-year-old, expressing a desire to befriend everyone in the jam-packed audience.

«If I want to be friends with anybody, it’s the Canadians», he added. «Don’t be surprised if I move to Canada very soon».

Of course, with his Hollywood wife, Jessica Biel, and their pre-school son, Silas, back home in America, it was a throwaway line, although it still came pretty close to overt political commentary, which is uncharacteristic for this Justin.

Timberlake is more comfortable as an entertainer, and as he demonstrated Thursday, he’s one of the best, a formidable singer-dancer and musician who leaves no detail overlooked. He nailed the falsetto parts, made the dancing look easy and played keyboards and guitar.

The staging represented a marvel of concert engineering, featuring three satellite stages connected by a meandering catwalk. Timberlake and his troupe of dancers made use of every inch, often moving in intricate choreographed sequences that recalled the footwork of the boy-band era.

The 10-member band that backed them was impressive, too, with members on horns, percussion, keyboards, guitars and backup vocals. Video images illuminated the sheer retractable screens that hung over the centre-ice stage, and there were enough laser beams to shoot down a fleet of starships.

The setlist benefited from Timberlake’s recent dabblings in country music, a practice that reflects the increasing irrelevance of genre-formatted pop music. Alongside some of his most polished dance-floor hits, including SexyBack, Suit & Tie and Can’t Stop The Feeling, were songs from the fatherhood-influenced Man in the Woods, the best of which was Say Something (written with country star Chris Stapleton).

Perhaps the most effective single moment of the concert was the campfire scene. Around a fire blazing with authentic-looking flames, the backing singers showed their stuff on classic songs that drew people in, from Fleetwood Mac’s Dreams to Lauryn Hill’s Ex-Factor to The Beatles’ Come Together to John Denver’s Thank God I’m a Country Boy. Not to be outdone, Timberlake responded with impassioned renditions of Morning Light and What Goes Around … Comes Around before dropping into the energetic home stretch.

Canada’s Francesco Yates opened the show with his youthful band, turning out a lively batch of songs that had a harder edge than his earlier, more soulful material.