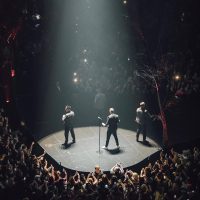 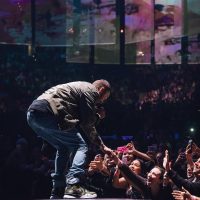 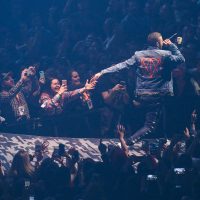 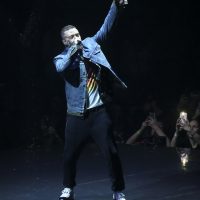 Boston Herald — Some people love the Super Bowl halftime show. Others love the commercials. Few understand, as Justin Timberlake does, the halftime show is a commercial.

Timberlake’s Super Bowl spectacle advertised tracks off his new album, «Man of the Woods», which came out two days before the game. But the performance chiefly teased one of 2018’s biggest tours, whichstopped at the TD Garden last night and carries on with a second Garden party tonight.

On the LP, new album debut single «Filthy» stumbled in its attempt to bring both sexy and big arena hooks back. But as a concert opener, it dynamited an avalanche of energy. Timberlake and the Tennessee Kids, his mighty band, crashed right through the throwback Bee Gees reverie of «Midnight Summer Jam», «LoveStoned», and «SexyBack» with 10,000 ecstatically shouting «Take it to the bridge!»

By the time the crowd caught its breath, they could take in the sprawling set. Beyond the main stage, a catwalk wound through fake trees and real bars (with fans seated with drinks behind them) to two separate platforms near center court that served as side stages. Not since U2’s 2015 Garden stop has the space been used so creatively — pushing the woods theme, Timberlake and his band did half a dozen songs around a campfire (real flames) on one platform.

The magic and magnetism of Justin Timberlake and his backers and set almost distracted from the fact that too many of the new songs aren’t great. «Flannel» still sounds like a silly sea shanty and the down-home doo-wop of the album’s title track is hard sell in an arena. Luckily, the man has hits.

Songs such as «Senorita» and «Rock Your Body», written before a lot of fans at last night’s show were born, still charm with those expected Top 40 changes. «Suit & Tie» comes with such a hook Timberlake solo, with just his fleet feet and a neon mic stand (and the ubiquitous lasers), and wowed the audience. The full house loved «Mirrors» so much he dropped the mic and let the crowd finish the whole last chorus a capella.

Despite his charisma — which may be unparalleled in pop today — the man’s art is starting to feel dated (see closer and paint-by-numbers hit «Can’t Stop the Feeling!»). Compared to Lorde, who played the Garden on Tuesday night, Timberlake feels a bit like a relic of bro culture. Of course, if you don’t care about art, if you’re in need of pure escapism, Timberlake will enthusiastically captain your voyage for two hours.

Boston Globe — ow do you take an album that hinges on getting away to the simple life and turn it into a glamorous, arena-packing world tour? On the first of two evenings at the TD Garden, Justin Timberlake tried to do it by alternating the ritzy with the rustic, much like he does on his fifth solo album, «Man of the Woods», surely one of the oddest releases by a pop superstar in recent years. «I guess I would describe it as ‘modern Americana’ with 808s», Timberlake said in a promotional video distributed before the album’s February release. You could also call it a half-muted reaction against the highly stylized urban pop that has ruled the 37-year-old singer’s life for a quarter-century.

Ritzy glamour dominated the first hour of Timberlake’s two-hour performance, but undercut with casual outfits and attitudes that made the extravaganza feel almost relaxed, like a professional athlete’s seemingly effortless performance during a career-topping late season. Wearing an open jacket and T-shirt, narrow black sweatpants and glimmering white sneakers, Timberlake tirelessly led six dancers up and down a runway that snaked across the entire arena floor, while lasers beamed, videos projected images on gauzy screens, and a crew of 15 musicians — including four backup singers and a four-piece horn section — blared away on selections new and old. Opening with the current album’s booming first track, «Filthy», Timberlake also hit career highlights like «Señorita», «SexyBack», and «Cry Me A River», before climaxing with «Mirrors», a power balled from the first of the two «20/20 Experience» albums of 2013.

With that, Timberlake mock-collapsed alone on the center platform of the runway, as if beaten by his own performance’s collective roar, an impression also delivered by the masterfully dense and exhausting «20/20 Experience» albums. «Man of the Woods» tries to reassert Timberlake’s individual voice, often through a conservative retreat to hearth and home. In the show’s second half, that retreat was signaled by a clumsy extended sing-along with much of the band around a mock campfire at the end of the runway. Timberlake only won back the crowd’s attention in the show’s closing half-hour by stepping once again in sync with his dancers, ending with the 2016 single «Can’t Stop the Feeling», powered by its classic injunction to just «dance, dance, dance».