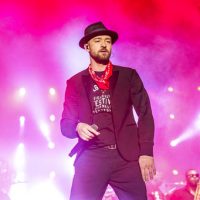 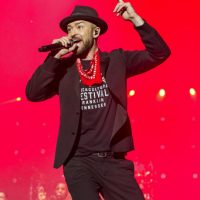 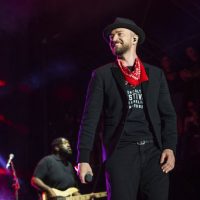 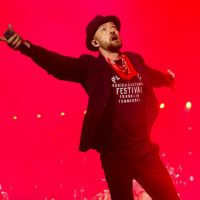 Memphis native Justin Timberlake returned to his home state for one of his few performances this year to declare his love for Tennessee.

Timberlake performed on Saturday in Franklin, Tennessee, at the Pilgrimage Festival, a 3-year-old music festival that he now co-produces and is conveniently close to his current home in Middle Tennessee.

The pop singer and actor joked to the capacity crowd of more than 25,000 fans that he was nervous about performing at home.

«Half of you I might be related to», Timberlake said.

He surprised the crowd by reuniting with country star Chris Stapleton and his wife Morgane, after their breakout performance with Timberlake on the 2015 Country Music Association Awards.

The three sang «Tennessee Whiskey», a country song made famous by George Jones and now Stapleton. They also sang «Fire Away», and «Sometimes I Cry», both from Stapleton’s multiplatinum record «Traveller».

The addition of Timberlake as a performer helped boost attendance numbers for the new music festival, about 30 minutes south of Nashville.

Timberlake closed out the performance with his hit songs «SexyBack», »Rock Your Body«, and «Can’t Stop the Feeling».

Justin Timberlake at Pilgrimage: ‘I love you, Franklin!’

Maybe it was the red on his sneakers, Justin Timberlake said, that made him feel like Dorothy in «The Wizard of Oz» while he was onstage Saturday night in Franklin, Tenn.

He’s already a Tennessee native, but the pop star truly was at home as he headlined the third annual Pilgrimage Music & Cultural Festival – an event he also co-produces. Two years ago, he purchased a country estate in Franklin’s neighboring town, Leiper’s Fork.

Donning a black Pilgrimage tee, Timberlake made sure this set – one of his only performances this year – was a special one, with dressed-down, homespun charm.

That included bringing country star Chris Stapleton and his wife, Morgane, for three songs. It was the first time Timberlake and Stapleton had shared the stage since their show-stealing appearance at the 2015 CMA Awards. They played their celebrated CMA duet of «Tennessee Whiskey», and sang together as Stapleton did his «Fire Away» and «Sometimes I Cry», at Timberlake’s request.

«I think we should just make a deal», Justin told between songs. «Every time either one of us plays Tennessee, the other one’s there».

The crowd cheered. «OK», Chris Stapleton said with a grin.

He heaped praise on the Stapletons, joking that their relationship started with him «stalking» the couple.

«I figured Peter and Mary needed a Paul», he said.

Timberlake also opened the show with an unexpected, somber cover of Sam Cooke’s «A Change Is Gonna Come» – likely a warm-up for tomorrow’s benefit concert in Charlottesville, Virginia.

But even with those only-in-Tennessee moments, Saturday’s show was a meticulous, relentless barrage of Timberlake’s hits: «Suit and Tie», («This is a Franklin suit, right here», he said of his casual getup) «My Love», «Rock Your Body», «Can’t Stop the Feeling!» and plenty more.

At one point, he called Franklin his «new hometown», (ouch, Memphis.) From the stage to the jam-packed field on Harlinsdale Farm, it’s clear the hometown love was mutual.

He and the incredible «Tennessee Kids» (perhaps the most enthusiastic and endearing backing band a pop star could ask for) were easily coaxed out of the darkness for an inevitable encore. The show closed with the epic ballad «Mirror», off Timberlake’s last album, «The 20/20 Experience».

In the final moments, he raised his hands and bowed down to the crowd, before exclaiming «I love you, Franklin!»

Their November 2015 performance of Stapleton’s «Tennessee Whiskey» and Timberlake’s «Drink You Away», helped propel Stapleton to international fame on the same night the Kentucky native swept up three awards for his critically-acclaimed, but modestly-selling solo debut, «Traveller».

Saturday night at Pilgrimage, a festival Timberlake co-produces, he invited Stapleton out for a reprise of «Tennessee Whiskey», a Dean Dillon and Linda Hargrove tune made famous by George Jones in 1981, and also highlighted two of Stapleton’s hits: «Fire Away» and «Sometimes I Cry», with Stapleton and Timberlake trading verses.

«I think we should just make a deal that anytime either of us play Tennessee, the other one’s there», Timberlake said in a video of the performance posted on YouTube. Stapleton simply replied, «OK».

We could say the same for Kentucky, Gentlemen.

Stapleton and Timberlake also appeared Sunday night in Virginia at A Concert for Charlottesville, a unity concert in response to white nationalist rallies there in August. The concert was headlined by Virginia artists the Dave Matthews Band, which got its start at the University of Virginia, and Pharrell Williams, a native of Virginia Beach, as well as Kentuckians Cage the Elephant.

The first thing you’ll notice about the Pilgrimage Festival is how sanitized it is. It’s family friendly, it’s overwhelmingly drug-free (unless concert-goers were being really sneaky about their weed use), and it’s stunningly clean. How often can you say a music festival is clean?

It’s as sanitized as the very city it takes place, the quaint, yet expanding Franklin, Tennessee, and it works to its benefit. Compared to its grittier Tennessee brethren Bonnaroo, Pilgrimage seemed to say, «Okay, how do we do this, but for people who aren’t trying to camp in a field for four drug-fueled days and then stay up until 2 a.m. for a DJ set?»

It’s Music Festival Lite. And you know what? It works to their advantage.

But, for as pristine as the grounds were, that doesn’t mean that the stacked line-up of the first day of the sold-out two-day fest didn’t come to tear it up.

The biggest and best acts of Saturday’s (Sept. 23) festivities were all Southern born and bred, from the twangy, festival-opening Texas Gentleman (from, you guessed it, Texas) to the Saturday-closer, headliner and Pilgrimage co-producer Justin Timberlake (the Tennessee kid made it a very personal affair).

The oppressively hot Tennessee day officially kicked into full festival gear once Trombone Shorty and Orleans Avenue took the main stage mid-afternoon. Makes sense, considering Trombone Shorty can get any party started, and the NOLA charmer found the right balance of classics and crowd-pleasers for those just getting introduced to him, covering everything from Red Hot Chili Peppers to 311.

Gary Clark Jr. was no stranger to the well-placed cover song, either. During his sweltering, earth-shattering set, the musician played his take on «Come Together». (Clark wasn’t the only artist feeling that very united vibe, as Big Sam’s Funky Nation put their big brass band spin on the classic.)

One of the few missteps of Pilgrimage was putting the wildly popular Avett Brothers, fresh off their incredible documentary May It Last, on the second-biggest stage. It wasn’t that fan favorites like «I and Love and You» or «Kick Drum Heart» or «Head Full of Doubt/Road Full of Promise» lost their luster in a smaller setting (it was downright romantic as the sun set over the Tennessee hills), it’s that that the crowd spilled over well beyond the confines of the stage.

Then again, even the most hardcore Avett fans ducked out early to make their way across the farmland to the main stage for the main event: Justin Timberlake and the Tennessee Kids.

On paper, JT may have seemed like an odd fit for the young festival (2017 marks their third year), which is boasting un-JT names like Ryan Adams and Eddie Vedder. But he was right at home — fitting, because Timberlake was, technically, home.

The Memphis native, who opened the eclectic, electric set with an unexpected cover of Sam Cooke’s «A Change is Gonna Come», shared his love and gratitude for his home state throughout.

Timberlake told the crowd of 25,000-plus that he felt a little bit like Dorothy in The Wizard of Oz because, «F–k… there’s no place like home». Sanitized fest be damned, JT dropped a few f-bombs throughout his set.

Fans likely felt right at home, too, thanks to a setlist that featured tried-and-true hits like «Sexy Back», «Senorita», «Rock Your Body», «Suit and Tie», «Mirrors», and last year’s ubiquitous earworm «Can’t Stop the Feeling!»

As much of a megastar as Timberlake is, he’s more than thrilled to share the stage with his band, the stunningly talented Tennessee Kids.

Of course, there was no one Timberlake was more excited to share the Pilgrimage stage with than with this friends and musical collaborators, Chris and Morgane Stapleton. (Timberlake joked that he desperately wants to Paul to their Peter and Mary.)

For anyone who obsessively watches Timberlake and Stapleton’s incredible duet at the 2015 CMA Awards (who doesn’t?), it wasn’t hard to see that the magic was still very much there on the Pilgrimage stage.

The goosebump-inducing, one-two-three punch of «Tennessee Whiskey», «Sometimes I Cry», and «Fire Away» was, far and away, the best thing performed on stage throughout the entire first day of the festival.

A gushing Timberlake, who admitted he’s something of a «stalker» when it comes to the Stapletons, made a pact on stage that whenever he’s in Tennessee, he’ll bring Chris out with him, and vice versa.

Timberlake is an international superstar, but it’s pretty obvious that when he’s at home in Tennessee and really allowing his music to have that Southern sound he grew up with, he’s at his loosest, his happiest, and, truly, his very best.