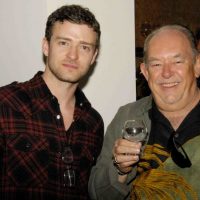 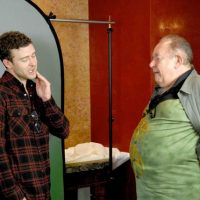 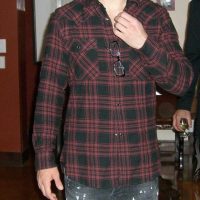 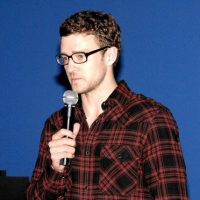 Pop superstar Justin Timberlake brought the first 100 cases of his new 901 Tequila to Las Vegas over the weekend to kick off its launch. That’s three weeks before Southern California, and the only other case at the moment is one in St. Louis!

«This is the best place to be,» he told sales executives at the giant local headquarters of Southern Wine & Spirits. «I have put my heart and soul into this. I have a great passion for it and have been involved in it every step of the way.»

Justin, who was solo this visit without girlfriend actress Jessica Biel, told me that everything is on track for his October Shriners golf tournament in Summerlin, and his star-studded concert is set for Oct. 16.

«It’s going to be a challenge to do better than the first one last year because it turned out so incredibly. But I’m not worried. I know we will have a phenomenal show, and about two months beforehand, I will lock up all the stars to come join us,» he added.

It was a whirlwind weekend for the musician and entrepreneur. Click HERE for our first story Saturday morning. After meeting with his Southern sales team, he celebrated the 9:01 p.m. first tasting at Blush in the Wynn and then moved next door to Victor Drai’s new XS nightclub at the Encore. It was past 2 a.m. before his night ended with a visit to The Playboy Club in the Palms.

At each stop, Justin and his group of all-male friends took shots of the 901 Tequila. He stayed here an extra day and celebrated the launch with a dinner at Nobu in the Hard Rock Hotel, where before the night ended, he played some blackjack.

Said Justin: «I am excited to be in partnership with Southern. I know the product and my wishes would be taken care of here. I don’t want this to be perceived as me just putting my name on something. Anything I am involved in, I give it my everything. For me this is the age of the entrepreneur, so I insisted it be a great product. This was my baby, and I went down to Guadalajara many times to do tasting after tasting. It was important with my involvement to make it the best.»

One of his tequila business colleagues explained: «Justin brings great PR presence to this, and there has been a ton of talk and worldwide exposure more than any other brand before it even hits the streets. Tequila is a hot category, and this is one smooth tequila of the highest quality. The bottle is handcrafted, and the label has a standout 3-D look to it. We are marketing a unique luxury as if it is a vacation in a bottle. It is 100 percent blue agave distilled three times and handcrafted in small batches.

«The Carlos Newton family has been 70 years in the business in Jalisco, and now the distillery is only used for J.T.’s 901. Justin went down so many times, he became a member of the family. He’d join in with the mariachi band. It was like the three amigos doing karaoke!»

Justin’s tequila follows on the heels of his successful William Rast fashion line and his Tennman record label. His new MTV reality series The Phone begins Tuesday of next week. The original program revolves around the lives of four unwitting strangers who are interrupted and changed forever by a phone call that invites them to participate in a game that triggers dangerous events each time they press «1» for yes. Justin, who is believed to be the disguised caller, will eventually award $50,000 to the winner.

His 901 Tequila branding comes from Justin’s Memphis, Tenn., hometown area code, where even there the new tequila isn’t yet on sale! It’s also his belief that the day ends and the night begins at 9:01 p.m. Sales start in Las Vegas and then roll out in Los Angeles and New York. The tequila will sell in retail stores for about $45. Justin has made up coasters so that fans can write in their «It’s Always» moments, and eventually they will be part of a contest for the best «It’s Always 901» lines.

Justin joked that his first tequila was when he was just 17, but now, in addition to his own tequila shots, he likes to have a gin cocktail every now and again!

Justin is obviously loving his bachelor-styled men-only mini-vacation here because he was spotted at the Hard Rock again late last night, this time choosing Italian at Robert De Niro’s AGO — and then once again returning to the blackjack tables there early this morning. Wrestler Bill Goldberg and his stuntwoman wife Wanda also were dining in AGO and chatted with Justin across a nearby table.

I am trying to confirm a report that Justin was given a private tour of the new Joint concert theater in advance of the grand red-ribbon opening tomorrow with guitar great Carlos Santana officiating with the scissors!