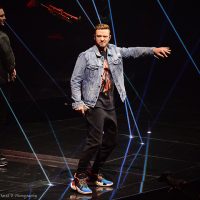 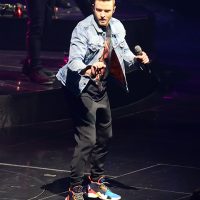 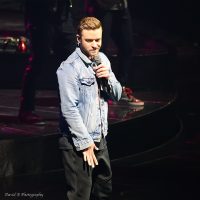 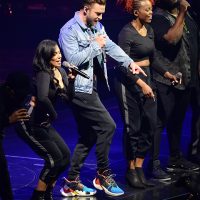 Fox News — If a seismic event occurred last night and the epicenter was near the Chesapeake Energy Arena it may have been the Justin Timberlake concert.

If it wasn’t the music, it was the thousands of screaming fans who turned out to see his Man Of The Woods Tour.

The nearly sold out show was not as much of a concert as it was a production.

The stage was almost the entire length of the arena floor with laser lights, smoke and a bar right on the floor in the VIP section. The event did not disappoint anyone who turned out.

The pop star hit the dance floor in Westbrook’s Why Not Zer0.2 signature shoe during the show as he broke out a couple of different pairs of his Jordan’s at Chesapeake Energy Arena.

Timberlake often wears Jordan Brand shoes in his various engagements and Saturday night proved to be no different for the Tennessee native.

Timberlake is no stranger to basketball as he and his wife, Jessica Biel, are minority owners of the Memphis Grizzlies.

The Grammy-award winning artist set a new record for the highest grossing show in both Chesapeake Energy Arena’s and Oklahoma City’s history, according to a release.

More than 16,000 people attended the concert, which is a part of a 117-date tour that spans 78 cities in 13 different countries throughout North America and Europe.

«The caliber of talent coming to Chesapeake Arena in 2019 is second-to-none, and successes like the Justin Timberlake concert help ensure that world class performers continue to visit OKC», said Oklahoma City Mayor David Holt in a release. «We feel the benefits as music fans, of course, but also through the economic activity our community enjoys when people travel from around the region to see these shows. I’m excited for the rest of the 2019 lineup and to see what future announcements are yet to come».

Exact figures for the record were not disclosed by Chesapeake Energy Arena.