The Man Of The Woods Tour, Dallas, TX, EE.UU. +3 imágenes 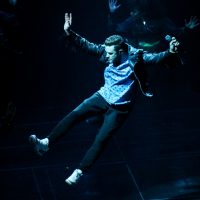 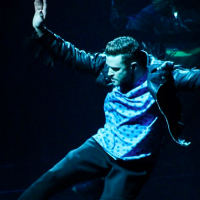 Justin Timberlake Proved He Can Do No Wrong

The Observer — Justin Timberlake brought sexy back. Three times. His Man of the Woods Tour stopped in Dallas last May for two dates and came back around for a third time, eight months later. We apparently just couldn’t get enough.

Timberlake threw a party. Literally, he had his stage set up with a full-service bar in the VIP section that surrounded the center of his stage. He even had a DJ play party classics like the «Cupid Shuffle» and Whitney Houston’s «Dance With Somebody», songs that must be danced to.

The opener was Francesco Yates, who was basically a mini Timberlake — swap out Timberlake’s fringe jacket for Yates’ studs. Perhaps there’s a deeper meaning behind the similarities between the two, the curly hair (you remember JT’s Ramen-like hair back in the day), the dance moves and the falsetto. Maybe it was to show us how far he has come from his younger self. Or to give us an appetizer for the main show. Let the psychologists do with that what they will.

Timberlake’s stage was set up the way everyone should set up their stages. There was a main stage with the band and the logo, but then the stage snaked down American Airlines Center’s floor in an S-shape, giving so many more people the chance to be front row. There were trees scattered around it and images projected on transparent screens that could be seen from the front and the back, allowing every member of the audience a great view of the visuals.

«Haters gonna say it’s fake», Timberlake said as he started the set with «Filthy», the first song from his latest album. Man of the Woods is an acquired taste for some, being a pretty experimental record with songs that might not be ideal for those who came to the concert for the icon’s old hits.

Though a good chunk of songs came from Man of the Woods, he did play some of his key classics. Some of which were «SexyBack», «Suit and Tie», «Mirrors», «Cry Me a River» and «Can’t Stop the Feeling». The highlight was when he played «Cry Me a River» and «Mirrors» back to back. He sang «Cry Me a River» in white fog with golden rain falling all around him — kudos to the lighting and effects team. And when the iconic first notes of «Mirrors» sounded off, the audience went wild. All the buzzed 20- and 30-somethings screamed the words with Timberlake. Toward the end of «Mirrors», the band cut off and Timberlake put down the mic so all you could hear was voices of the crowd singing the last chorus. It boomed throughout the center, guided by Timberlake’s claps to close out the song.

The night was sprinkled with many treats. First there was a proposal onstage, which resulted in Timberlake giving the couple the world’s best third-wheel hug. Then Timberlake passed out shots to his singers and dancers, the Tennessee Kids, and sang «Deep in the Heart of Texas». At one point there was actual fire as Timberlake, guitar in hand, led his dancers in song around a campfire set up at the stage. There was also a segment in which he stepped offstage to dance on a light-up disco floor in the VIP section.

The audience got to watch the dancing band on a stage that moved. The skillful dancers added so much to the show, and the singers did so well you would sometimes wonder whether Timberlake was even singing or needed to.

That’s the thing. Timberlake’s been doing this for a while now. Mickey Mouse Club is ancient history, but now so is NSYNC and even his oops moment with Janet Jackson. He’s a seasoned performer who doesn’t need to prove himself anymore. Yes, he wowed with his dance moves like only Timberlake should and could, but he was also carried through the show by the spectacular lights, the stellar singers and dancers that accompanied him onstage, the lively and talented band, the fog and the hits the audience practically sang for him.