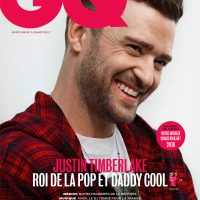 For the Paris stops on his Man of the Woods Tour this past July, Justin Timberlakeflexed in a Jordan x Paris Saint-Germain jacket two months before the collection was available to the public and a pair of Quai 54 Air Jordan IIIs. It was a stunt to be expected of Justin Timberlake at this point, and one that made plenty of style blog headlines. But it wasn’t the only fashion power move Timberlake executed in the City of Lights that week.

Timberlake’s style contains multitudes. A few years ago, it was «suit & tie shit». At the top of this year, he returned with his fifth album, Man of the Woods, and an accompanying laid-back style aesthetic. Which is to say, a lot of flannel. That was February—as we cycle out of summer weather and into colder climates, Timberlake is back on his Man of the Woods wave right on time with Fresh Leaves, a collection borne out of his long-gestating collaboration with Levi’s.

The collection offers Timberlake’s spin on classic Levi’s staples, including camo hoodies and jeans, Sherpa trucker jackets, camo tees, and plaid shirts. It’s very much a reflection of where the singer’s own sense of personal style has landed these days. After the album’s first single «Filthy» impacted, longtime Timberlake collaborator Danja said, when describing the album’s vibe: «And what he had on was a flannel, some Adidas, some jeans. He had his beard and a skully on. That was the vibe». 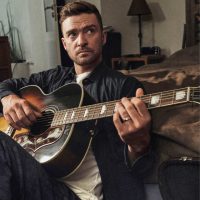 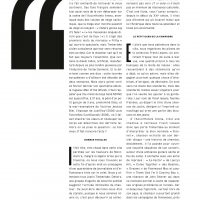 In Paris alongside the MOTW Tour stop, Levi’s held a special unveiling of the collection, carefully displayed  across sunbathed courtyards of a gorgeous, three-level mansion, as well as on the interior walls as if they were works of art. Complex attended the event and spoke with Timberlake, where he explained how his latest style is just one part of his larger aesthetic, teased where he might go next with it, and clarified that Man of the Woods isn’t the Americana pivot critics made it out to be.

Earlier we were talking about Off-White Jordans. You have your own Jordans. You’re obviously very well-versed in sneaker culture. Can you talk about how a wilderness-themed capsule is compatible with that world?
For a brand like Levi’s that’s already such a staple, the goal is to mix stuff like screenprinting and all that dope shit that’s been happening with street culture and how that’s being brought back to high-fashion. I think for me, I want to be able to have stuff to mix with it, and that’s what we try to achieve with Levi’s. Also, it’s our first season at it and I don’t want to take away what’s classic about Levi’s. I just want to give it a swerve on the fit. It’s still so open for interpretation, which is what I love about it. It’s like, if you have a pair of jeans you’re going to rock them one way—as I would. That’s what’s great about Levi’s to begin with: we just wanted to swerve it a little bit.

Your album’s themes are very genuine to you and your aesthetic these days. When I look at the line I see the same reflection.
Well, 20/20 Experience and FutureSex/LoveSound, those aren’t disingenuous or any less genuine to me. I just think this was a moment we were able to capture, and you always want to give it a visual, but there’s no reason why it’s not meant to be worn with anything, to be honest. So again, it’s just another side.

What put you in this zone to go from «suit & tie shit» to trucker jackets?
Well, coming from Tennessee and also really being invested in having a place in Montana, those two places were just… The whole thing with Man of the Woods is it’s not an Americana album. It’s just another place to dance. If you play «Midnight Summer Jam» at a Persian night club, it bangs as hard as «Rock Your Body» does. It’s just giving it another look. By the way, soon we’ll be throwing other looks out, even with music and fashion. I just feel like I was on a roll, coming off of having a son and my first child—I just want to have as many as I can, I don’t know if that’s irresponsible. Shout out to Jess[ica Biel]. I think this was just a moment where, you know, she grew up in Colorado, I grew up and spent a lot of time in Tennessee… I think it was just a way to not totally go back to our roots but include it in the process. It was perfect timing too. I met Jen [Sey, Levi’s CMO] and we talked about what we wanted to do with the tour.

Let’s talk about Js. Is it fair to say IIIs or IVs are your favorite model?
IIIs are my favorite model. We got a few other models on deck, though. You saw the Ox Bloods [referring to an image of an upcoming model I was shown] I call those the Tignanellos. I’m teaching the Complex audience about very nice, Italian blend wine. Tignanello is one of my favorite wines. And you got the red wine laces with this.

What else? Will we see some Jordan Vs or VIIs from you maybe?
I like Vs, too. I think Vs are probably my second favorite up with the XIs. XIs were just like the biggest swerve ever in the sneaker game like, why is there patent leather on a sneaker? And the history of it, like Mike wore the shoe when he wasn’t supposed to. They brought in the prototype and he wore the shoe in the game or something and Tinker [Hatfield] was like, «What the fuck?» At least that’s the way I’ve heard the story, maybe I’m wrong but, the first Concord and black XI he wore, he wasn’t supposed to wear.

Swerving over to music, it was great to see you and Pharrell link up again in depth on this album.
Yeah, always. We’ll do a ton more stuff. I feel like we just got back together so I feel like there’s so much more to do and so many other sounds to explore together.

What’re you listening to these days?
Everything. It’s been a great year for music. I think there’s been two or three tracks on every G.O.O.D. Music release that I’m really, really feeling. Obviously, I love Scorpion, I think it literally just answered everything. The Boy came correct on that one.