The Man Of The Woods Tour, Pittsburgh, PA, EE.UU. +37 imágenes 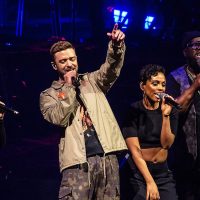 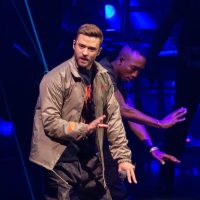 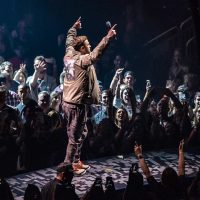 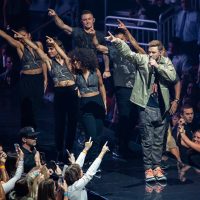 Justin Timberlake makes all the ladies swoon at PPG Paints

City Paper — There’s one quote that sums up Justin Timberlake’s performance: «Every girl in here is going crazy, and all the guys are standing still». My boyfriend leaned over to tell me this as we watched Timberlake serenade the crowd and effortlessly move his body in time with the music last night at PPG Paints Arena.

And he was right. Justin Timberlake is for the ladies. Upon entering the arena, it was astonishing how many women filled the seats. Baby boomers, millennials, it didn’t matter the age, JT’s appeal transcends generations.

But, even more amazing was how full the venue was. Yesterday was Timberlake’s second stop in Pittsburgh during his «Man of the Woods» tour. He first made an appearance in June and that show sold out. Now, the second time around, Timberlake packed PPG again.

The reason people flock to see Justin Timberlake is simple: he’s extremely talented. He can sing. He can dance. He somehow fills the entire stage with his energy. Timberlake is like Beyoncé, Bruno Mars, or Taylor Swift in the sense that they are true performances. They know how to fully capture and engage and audience and put on a fantastic show.

While it was Timberlake’s «Man of the Woods» tour, he pulled out all his hits, from the latest techno crossover, «Filthy», to the classic «SexyBack», and everything in between. And, even though my boyfriend won’t admit to it, I caught him and a few other males nodding and grooving to the beat. Because, how can you not? It’s JT!