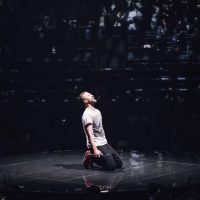 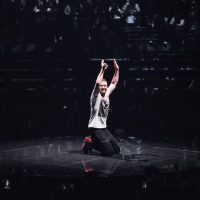 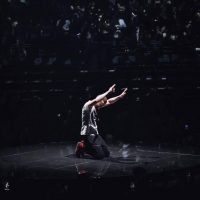 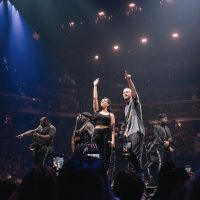 Las Vegas Weekly — With a tightly packed, precisely choreographed set that cruised quickly through his biggest hits and best new material, Justin Timberlake made T-Mobile Arena feel like a much more intimate venue during the first of two nights on the Strip for his Man of the Woods tour.

The two-year-old arena behind the New York-New York casino resort was crammed with as many people making as much noise as it’s ever known Wednesday and Friday as the Vegas Golden Knights won their first two NHL playoff games at home, but Saturday night belonged to the 37-year-old pop star and his sellout audience. A unique stage setup allowed Timberlake to get close to the fans on the floor as he, his band and dancers moved back and forth along a tree-strewn trail completing the wilderness themes of the tour and new album Man of the Woods.

That record has been out for just 10 weeks and yet so many fans knew all the words, enthusiastically singing along to the bouncy title track and the Chris Stapleton duet «Say Something». With the Academy of Country Music Awards taking place the next night at MGM Grand, there seemed to be some anticipation that Stapleton could join Timberlake onstage for that rootsy jam, but the Kentucky-born singer and songwriter didn’t make the trip as he was at home with his wife, who gave birth to twin boys Sunday.

Timberlake devoted plenty of time to old favorites like «SexyBack», «Senorita», «Suit & Tie» and «Like I Love You», staying true to original arrangements and choreography for many hits and offering fresh takes on others. He played DJ to tease and then remix techno-rock smash «My Love», still one of his most dramatic live tracks. Epic lighting effects were tuned into his every move—multiple streams of trickling tears during «Cry Me A River» created a sense of snowfall on his faux forest.

Just when it seemed the show was getting too slick and well-planned with no room for surprises or spontaneity, Timberlake mixed it up. He forged a fireside jam session to sing lovey-dovey lullaby «Flannel», then passed the mic to his talented backup singers who offered up passionate renditions of Fleetwood Mac’s «Dreams», Lauryn Hill’s «Ex-Factor», The Beatles’ «Come Together» and John Denver’s «Thanks God I’m a Country Boy». And when it was time to dance, Timberlake and team leapt off the stage and hit the actual floor for «Rock Your Body».

This is Timberlake’s first chance to tour «Can’t Stop the Feeling», the disco-pop tune he recorded for the kid-movie soundtrack to Trolls that became his fifth No. 1 hit. He’s using it as the finale, getting everyone up to dance one more time and sending fans away with good vibes, but also showing another side to his musical versatility.