The Man Of The Woods Tour, Newark, NJ, EE.UU. +3 imágenes 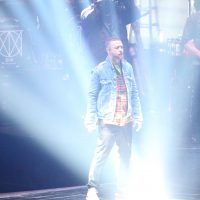 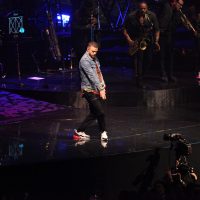 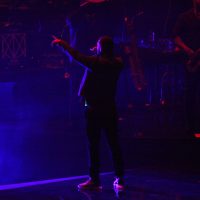 Justin Timberlake’s N.J. concert proves his career isn’t down for the count just yet

NJ — Justin Timberlake found himself in an unfamiliar place as he took the Prudential Center stage on Sunday night — and not just because it marked his first-ever show in Newark. For the first time in his illustrious career, the Timberlake brand has been called into question. His latest album, «Man of the Woods» appears to be his first misstep, with critics and fans panning him. A lackluster Super Bowl LII halftime performance didn’t help matters, either.

Which begs the question: Would the Man of the Woods Tour be a dud as well?

Luckily for the thousands in attendance on Sunday, the question was answered pretty quickly. While «Man of the Woods» isn’t great, Timberlake still delivers.

Timberlake sang and danced along the stage that wound through the crowd with the same energy and verve that he’s brought to the table since The Justified World Tour in 2003. He fed off his live band, The Tennessee Kids, who gave every song they played, even the new ones, more life. And the bottom line is there’s no questioning that the man can still perform.

As for the matter of that new album: «Man of the Woods» isn’t necessarily bad, per se, but on the whole it definitely pales in comparison to Timberlake’s other achievements. Credit Justin Timberlake for trying to go for something new, incorporating a country vibe into his already impressive arsenal. The new songs sound better live than on the album, but the highlights of the show were almost exclusively from previous records. «LoveStoned» and «SexyBack» came early in his set, and reminded you just how damn good «FutureSex/LoveSounds» — both album and tour — were.

Then came the new alum’s titular track, which was just, blah. It’s not good enough to carry an album as a lead single, and it definitely doesn’t deserve a tour to be named after it. It’s a real head-scratcher and a swing and a miss for the 10-time Grammy winner, who can make just about anything sound good live, but it’s impossible to not notice a drop-off compared to his older works.

Timberlake showed off his versatility throughout the show, from playing the piano for «Señorita» and slamming on a drum machine during «My Love», to an flashy dance number with a moving microphone stand for «Suit & Tie». But the most impressive moment might have been a stripped down performance of «Mirrors» featuring Timberlake alone in the middle of the long twisting stage, showing off his vocal abilities while giving the audience a chance to sing for him at times — and seeming moved by the response. Dancing and theatrics aside, the dude can sing.

After feigning the end of the show, Timberlake brought shots on stage for him and the band from the VIP bar near the platform, before telling the Brick City crowd, «Cheers, I’m getting drunk». That led nicely into «Drink You Away» with Timberlake on acoustic guitar. And then Timberlake somehow ended up around a campfire playing guitar while his backup singers took the lead on several covers. It felt more like a campfire singalong than a Justin Timberlake concert, but the guy had just spent an hour or so dancing around like a mad man on stage, so let’s say he earned the break.

Timberlake capped his two-hour set on a strong note with throwbacks «Summer Love» and «Rock Your Body» before his final song, «Can’t Stop the Feeling!»