A Concert for Charlottesville +20 imágenes 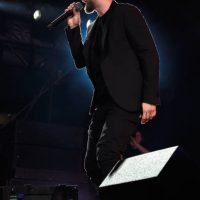 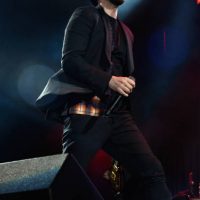 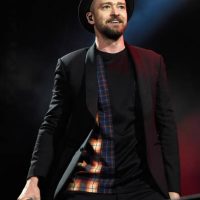 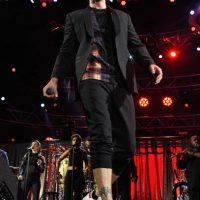 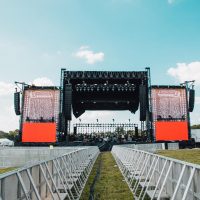 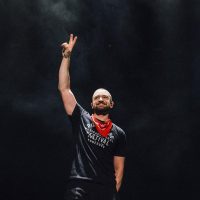 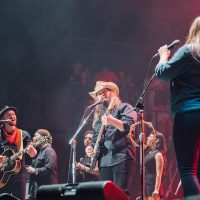 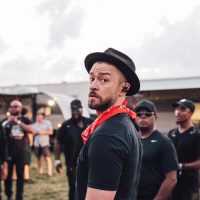 Justin Timberlake put on an amazing performance at ‘A Concert For Charlottesville’. He sang hits like ‘Drink You Away’, but there were surprises in store, too! Watch the full performance here.

Justin Timberlake, 36, is just too good! He put on a superstar performance at «A Concert For Charlottesville» at The University of Virginia’s Scott Stadium in Charlottesville, VA on Sept. 24. Watch it above!

JT opened with a gorgeous acoustic cover of «A Change Is Gonna Come» by Sam Cooke, looking dapper in a black suit jacket and matching fedora. We didn’t ask for the feels, but there they were. The musician then moved onto his song «Drink You Away», giving it an almost Southern flavor, and appropriately so. He also performed the iconic «Suit & Tie» and sexy jam «My Love», then brought major energy with «Holy Grail», «Cry Me A River», «Rock Your Body» and «Can’t Stop The Feeling». Perfection! See more photos from «A Concert For Charlottesville» here.

Justin’s performance was part of a unity concert, which was livestreamed on Tumblr in partnership with Oath and held in order to raise funds for victims of the Charlottesville attack on Aug. 11-12. Heather Heyer famously lost her life that day, and 19 others were injured in the incident that went down during a far-right «Unite the Right» rally, which was held to oppose the city’s removal of a statue of Robert E. Lee from Emancipation Park.

«A Concert For Charlottesville» is a free event, and also features Dave Matthews Band, Pharrell Williams, Justin Timberlake, Chris Stapleton and The Roots. Everyone is urged to donate to the «Concert for Charlottesville Fund» at the Charlottesville Area Community Foundation. You can learn more donation info here.

Our hearts go out to everyone who was affected during the events last August. Keep checking back to HollywoodLife.com throughout the evening for full «A Concert For Charlottesville» coverage.

The Concert for Charlottesville Was a Night of Stars, Tears, and Vague Platitudes

It was fitting that it fell to local hero Dave Matthews to introduce the two most moving «special guests» at Sunday night’s Concert for Charlottesville, held at the Scott Stadium for a crowd apparently in excess of 50,000 people. The first came at the evening’s beginning, when Matthews brought out Susan Bro, the indefatigably eloquent and courageous mother of the late Heather Heyer, who was killed by a white supremacist here on Aug. 12. The second came at the evening’s end, when Matthews brought out Stevie Wonder, a surprise appearance that took the collective breath out of the stadium. Wonder spoke for about five minutes with his customary, unflinching honesty, castigating «hate walking down the street disguised as a cry for equality». His oration culminated in a kneeling prayer for America, repeating a gesture he’d enacted at the Global Citizen Festival in New York City the night before. He then performed three songs backed by Matthews’ band, including a charming, shambling cover of John Lennon’s «Imagine» that surely misted up the proceedings.

The rest of the concert had been mostly great as well, a sorely needed night of good vibes and goodwill in this bruised, mid-size college town. Early in the evening the crowd thrilled to an unannounced appearance by Chris Martin and Jonny Buckland of Coldplay, who barreled through a stripped-down mini-set of hits. The Roots—currently in their third decade of being the best band on the face of the earth—then took the stage and served as de facto house band for much of the first half of the night. Bilal came on to perform «It Ain’t Fair», his collaboration with the Roots from the Detroit soundtrack. Brittany Howard came to the stage for rousing covers of the Temptations’ «Ball of Confusion (That’s What the World Is Today)» and Curtis Mayfield’s «Move On Up». Virginia’s own Pharrell Williams then joined them for a set that included «Get Lucky», «Happy», and «Blurred Lines».

After a quick break the crowd was treated to the blue-eyed country soul of Chris Stapleton, who had smartphone flashlights swaying to «Broken Halos» and «Tennessee Whiskey», the standard that Stapleton has fashioned into a booze-soaked rewrite of «I’d Rather Go Blind». He was followed by Ariana Grande, who sauntered and strutted through a barrage of hits like «Side to Side» and «One Last Time». Grande’s performance was solid, but one of the few moments of the night that felt out of place—she was the only performer to sing along with pre-recorded tracks as opposed to a backing band, and it might have been better to schedule her performance for earlier in the evening, particularly given the average age of her fans, who by that point had already sat through several hours of more adult-oriented fare.

With the exception of Wonder’s showing, the evening’s high point came from Justin Timberlake, who followed Grande with an electrifying, tour de force set backed by his full touring band. Timberlake was in peak form, twirling and hollering through hits including «Can’t Stop the Feeling», «Cry Me a River», and «Sexyback», culminating in a show-stopping performance of «Mirrors». It was a dazzling set whose most striking moment might have been its opening number, a cover of Sam Cooke’s «A Change Is Gonna Come». Timberlake donned an acoustic guitar and led his band through an understated and reverent rendition of the Civil Rights Movement classic, with one glaring omission: the famous third verse, «I go to the movies/ and I go downtown/ But somebody keeps telling me/ Don’t hang around», Cooke’s most explicit lyrical nod to the day-to-day hatred of segregation.

Part of me understands the excision here and the thought process behind it: Timberlake is a white man from Memphis and might have felt uncomfortable singing a verse that so directly voices the lived experience of racial inequality. But it’s also the most important verse of the song, the one that names injustice and forces it into confrontation, that commands the listener to reckon with the fact that the song’s message of hope is presently and outrageously unfulfilled. I also suspect that Timberlake knows the song’s history, and that when the single for «A Change Is Gonna Come» was released just days after Cooke’s death in late 1964, the same verse was edited out to avoid offending listeners and radio programmers in the South and more conservative corners of the North.

In other words, that particular history of censorship is not an illustrious one and felt unfortunately of a piece with the political tone of the evening, which was generally positive but frustratingly vague. Pharrell took a knee in solidarity with the protests that had roiled through the NFL that afternoon and then launched into a monologue about freedom of speech, freedom of religion, and freedom of «belief», all before bellowing the word «liberty!!!» which had the inadvertent effect of reminding me just how successfully all those phrases have been coopted by the right. Chris Stapleton mumbled something about «love» (he is in favor) and that was that. Ariana Grande mentioned the need to «celebrate each other and our differences». Timberlake spoke on the need for «unity» and ended his performance with a cry of «Love trumps hate!» but the slogan and pun felt hollow in the looming shadow of the violence and terror that had prompted this concert in the first place, and that had by that point gone almost entirely unspoken.

Ideologically and tonally the concert seemed to model itself after prior star-studded affairs like the Concert for New York City after 9/11 or the 12-12-12 concert after Hurricane Sandy. But this concert wasn’t in response to an al–Qaida attack or a natural disaster: What happened in Charlottesville last month was an act of domestic terrorism motivated by a political ideology with distinctly domestic origins, one that’s been given harbor and tacit encouragement by the current President of the United States. That context needed to be addressed directly and unsentimentally, to be named and shamed and decried with full throats. Gauzy bromides of «unity» are weak, as is the notion that the presence of celebrities would be a cure for this—look no further than the aforementioned president, a man who represents the triumph of the most morally empty husk of celebrity culture.

Justin Timberlake and Chris Stapleton both gave great performances last night, but as gratuitously talented white Americans whose music is exorbitantly indebted to black Americans, they, more than anyone, needed to say more. In Stapleton’s case this is perhaps particularly tricky, as the country market that enriches him contains no small number of people who’d be offended by declarations that Black Lives Matter, that Confederate iconography is white supremacist iconography, that Heather Heyer didn’t die because of a misunderstanding between two sides of «very fine people». I recognize the urge on the part of everyone onstage to avoid offending that particular audience, but indulging that urge in this context felt morally wrong. Last night was chock full of killer performances, but today I’m stuck on the words of a great American: Sleepers, just stop sleeping.