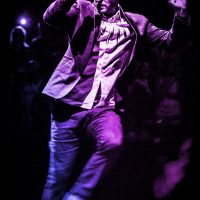 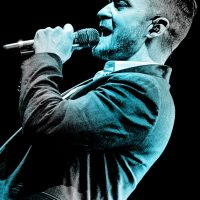 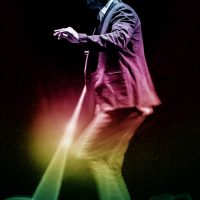 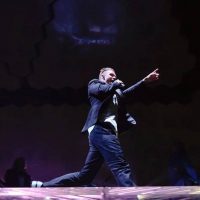 Justin Timberlake brings back the glory of entertainment

THE KANSAS CITY STAR — For his inaugural solo show in Kansas City, Justin Timberlake brought an ensemble he called the Tennessee Kids. There was nothing child-like about them.

A collection of singers, dancers and musicians that included a four-piece horn section and a quartet of backup singers, they added an exhilarating combination of brassy soul and heft to a show that lasted two and a half hours, including a swift 10-minute intermission, and that solidified the reputation of an entertainer, now 33, whose stardom goes back more than two decades and the heyday boy-band era when recording artists could sell millions of compact discs in one week.

Those days are gone, but Timberlake has survived them.

At the Sprint Center on Wednesday night, he gave a crowd of more than 15,000 an extravagant and electrifying display of music, choreography and musicianship. It was the first of two nearly sold-out Sprint Center shows in two days. Thursday’s crowd is in for a treat.

The show opened with an overture from his band, cast in silhouette on an enormous mosaic-tile screen at the back of the stage. As Timberlake emerged from the shadows on stage, the band emerged from beneath the stage and lead his mates into «Pusher Love», a track from the first of two albums that gave this «20/20 Experience» tour its name.

Dressed in casual/formal wear (running shoes and a dinner jacket), Timberlake set the mood immediately. This would be a night of both physical and emotional expression, as in plenty of dancing and singing-along.

His music comes from a bounty of genres and styles. Though it heavily favors modern soul and R&B, it also taps into New-Jack swing, pop, rock and hip-hop from several eras. It all adds up to a show rooted in dance grooves, which kept the large crowd on its feet, and out of its seats, all night.

Timberlake isn’t the greatest singer, dancer or musician, but he can do all three at a high enough level to keep an arena-sized crowd in his thrall. «Rock Your Body» was an early highlight. So was «Future Sex/Love Sound». His lyrics are typically libidinous but family-friendly: romance in the key of braggadocio but suitable for adolescents.

There were plenty of visual treats, none more spectacular than the mobile runway, which spanned the width of the arena floor and rolled from the edge of the stage to the back of the arena. For several songs, Timberlake was joined by a few dancers and two members of the horn section. Despite no railings or any other visible means of preventing anyone from spilling off the runway onto the floor 20 feet below, they all danced up and down the runway.

The setlist included two covers: of «Heartbreak Hotel», as a tribute to Elvis Presley and Timberlake’s hometown of Memphis; and «Human Nature», as a tribute to his idol, Michael Jackson. But the best covers were of Kool & the Gang’s «Jungle Boogie», mashed into his own «Take Back the Night», and then Bel Biv Devoe’s «Poison».

He closed with a flourish: First «Suit and Tie», which ignited more dancing in the seats, then «SexyBack», his signature and biggest hit outside of ‘N Sync, the boy band that made him famous. But the finale generated the loudest sing-along and ovation of the night: «Mirrors», an inspirational anthem written (and performed) to rattle an arena roof.

The crowd that sang along with Timberlake at that point was as big as it was when he and his Tennessee Kids started the show.

This was one of those events: Everyone stuck around for the last drop.

To reach Timothy Finn, call 816-234-4781 or send email to tfinn@kcstar.com. Follow the Back to Rockville blog on Twitter @kcstarrockville.

SETLIST
Pusher Love Girl; Gimme What I Don’t Know (I Want); Rock Your Body; Future Sex/Love Sound; Like I Love You; My Love; TKO; Summer Love; LoveStoned; Until the End of Time; Holy Grail; Cry Me River; intermission; Only When I Walk Away; Drink You Away; Tunnel Vision; Seniorita; Let the Groove Get In; Heartbreak Hotel; Not a Ba Thing; Human Nature; What Goes Around; Take Back the Night; Jungle Boogie; Murder; Poison; Suit and Tie. Encore: SexyBack; Mirrors.

News-Press Now —
Night two of Justin Timberlake’s «20/20 Experience» was whatever the pop megastar wanted it to be – a laser-light infused rave, a romantic evening, a salsa jam, even an impromptu birthday party.

Performing with an approximate 20-person team of dancers, musicians and singers, known as The Tennessee Kids, Timberlake’s second consecutive sold-out night of «The 20/20 Experience World Tour» at the Sprint Center in Kansas City was the best spectacle of the summer.

A display of the singer’s repertoire, where blues, pop, soul and rock collide, Timberlake proved the tour, on its approximate 93rd performance, to be a charming, smooth spectacle from the opening notes of the concert and «The 20/20 Experience» album opener «Pusher Love Girl».

Performing as JT and The Tennessee Kids, Timberlake stood center stage with with his backup band, set up in the old big band format like a modern Glenn Miller Orchestra, behind him as he danced, riffed and crooned his way through opening hits like «Rock Your Body», «My Love» and «Like I Love You».

With an enormous electronic background looking like an electronic honeycomb stretching overhead, serving as the visual display displaying everything from an all-Timberlake quartet to topless women to live footage, you never lost sight of the idea you were watching a megastar. But that didn’t stop the superstar from trying.

Even with his face displayed on giant screens, Timberlake appeared to be both humbled and in awe, constantly conversing with the roaring audience on stripped-down songs like «Until The End of Time» and covers of Elvis Presley’s «Heartbreak Hotel» and Michael Jackson’s «Human Nature» (it’s funny to note both songs were released most likely before half of the audience was born).

When Timberlake saw an audience member in the first 10 rows had a sign saying it was her birthday, he stopped the show to find out her name. Though it took about five minutes to relay the message, it also prompted some hilarity from the crowd, as Timberlake had to stop someone from interfering.

«Shut up, you drunk mother»... Timberlake said to guy, before stopping himself from dropping a curse word. «I’m trying to get this person’s and this guy is yelling ‘It’s me, Bob'».

After getting the lady’s name, Timberlake had the approximately 15,000 fans sing «Happy Birthday» before telling the woman to get drunk and enjoy herself as he launched into his own ode to drinking, «Drink You Away».

Those small personal touches, including taking selfies and exchanging handshakes with fans, were nicely peppered into the vastness of the show that included a moving riser spanning from one side of the main floor to the other and flew across the crowd during the energetic, Miami Sound Machine-esque «Let The Groove In», extended jams that included old hits being re-envisioned with face-shredding guitar solos by Elliott Ives and Mike Scott and Timberlake’s larger-than-life persona.

When Timberlake covered Presley and Jackson, you couldn’t help but feel he was recognizing the cross-section of his own music. Though an international star, he displayed the aw-shucks, Tennessee charm and confidence of the former, while showcasing, but not matching, the singing and dancing chops of the former.

An impressive vocal force on songs on both the lower-end, on songs like «Only When I Walk Away» and higher registers like the summer hit «Not A Bad Thing», Timberlake was impressive on the mic. He was sure to share it with his band, as singers Aaron Camper and Jack King III and he goofed on Bell Biv Devoe’s «Poison» and the audience on call-and-responses on «TKO» and the closing «Mirrors».

As he scooted around the stage during the hit «SexyBack», the music dropped out and Timberlake riffed the line «I still run this bitch». I don’t think anyone in the audience would disagree.

Hip-Hop.com — July 30 marked the first night of a two day stop in Kansas City, MO for Justin Timberlake’s The 20/20 Experience World Tour. In Kansas City, we love our BBQ and we love our concerts—especially high profile acts. People haven’t been this excited since Elton John and Billy Joel came to town in 2010. Timberlake sold out the 15,000 seat capacity at the Sprint Center on both nights. In comparison, the Kansas City Chief’s Arrowhead Stadium seats 79,451. With lower ticket prices, maybe that stadium could have been filled?

I consider Justin Timberlake my generation’s Michael Jackson. With Justin’s magnitude of stardom he could have commanded those types of numbers, and possibly made the show a more exciting experience. From the start of the tour Timberlake has faced flack for what some have considered expensive ticket prices (lower level seats at $177) and what critics are calling a lackluster set list. Still, I was entertained for the entire 2 1/2-hour set, including 10 minute intermission. It was executed well. Timberlake and his live band, backup singers, and numerous dancers were top notch. I especially enjoyed his covers of Elvis’s «Heartbreak Hotel», Bell Biv DeVoe’s «Poison», and Michael Jackson’s «Human Nature».

All of his hits were there, but I kept feeling like something was missing from the presentation. The concert was a bit too robotic for my tastes. Maybe it was the lack of an opening act, or the lack of duets. It’s too bad Andy Samberg didn’t show up for «Dick In A Box». For the pricing I expected to see holograms or some sort of pyrotechnics. Instead there was a video backdrop, and a unique movable stage that stretched the width of the venue. I watched dedicated fans, including adult males, passionately sing and dance to each song. They loved every minute of it. Fans got exactly what they wanted. I just hope for Timberlake’s future tours he hires opening acts and incorporates them into his show like Taylor Swift did with Ed Sheeran. The show was great, but even a great meal can use a little salt.

Set 1:
Pusher Love Girl
Gimme What I Don’t Know (I Want) Intro
Rock Your Body
Don’t Hold The Wall Intro
FutureSex/LoveSound
Like I Love You
My Love
TKO
Summer Love
LoveStoned
Until the End of Time
Holy Grail (Jay Z Cover)
Cry Me a River