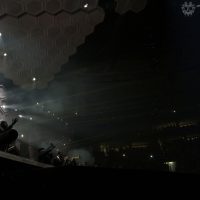 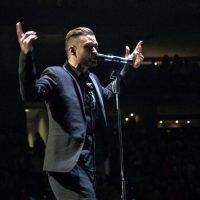 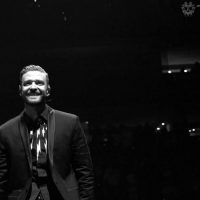 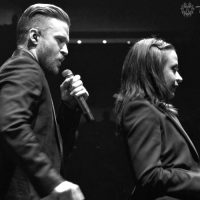 With each song a new visual enraptured the stage

music is art — I’ll let you in on a little secret… I’ve always loved Justin Timberlake. Watching his entire career, one thing is for certain the man knows how to perform musically and entertain. Justin Timberlake is a true pop icon of today and being able to see him live at the TD Garden in Boston made everything seem more clear.

Happily there for a review, I walked into that venue alone after not being to a concert in a long time. We kindly were given the chance to shoot the show so I sent my trusty friend and past Warped Tour Pit Photographer, Erin Caruso, to the stage to photograph the first 3 songs. When it comes to a headliner like Justin Timberlake, we were lucky enough to even have a few shots. The stage setup was massive with a stage that reached over 7 ft tall and stretched from side to side showcasing a large visual screen in the background, a proper orchestra, and ramps to pedestals that seemed to touch the sky.

As I waited in anticipation, I met this mother and her excited, little girl dancing and decked out in true Justin Timberlake style with even his initials painted onto their faces. It reminded me of myself at her age, and how thrilled I was back then getting the chance to see New Kids On the Block with my two best friends and mother. A true staple of my early childhood. Being raised on music is something I’ll always be grateful to my parents for, and to see other parents bringing their children today to see a show really brought a smile to my face. Here’s a snippet of her.

As soon as the lights dimmed, the orchestra was raised up through the floor and the visuals began with Justin Timberlake properly in the middle. With each song a new visual enraptured the stage, and the beat went along with every light that was projected into the performance. Often times he used the backdrop like a movie providing a story that went along with each moment as he sang and powerfully danced to the music. The background vocalists harmonies complimented every note while the energetic dancers didn’t stop until the last second. Playfully throughout the show, Justin Timberlake shared small stories about how much he loved Boston, and laughed how he had a few «mass holes» in the band. At times throughout the show, he would stop as the crowd roared and respectfully looked at us all as if he was genuinely touched by the love he was receiving that night. Highlights included LoveStoned, Cry Me A River, and What Goes Around… Comes Around. Colorfully eclectic, possessing enough class to outweigh any other popstar out there, Justin Timberlake completely showcased why he deserves all the recognition he receives. It’s properly earned.