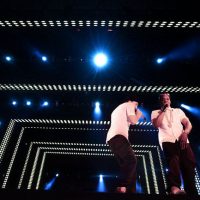 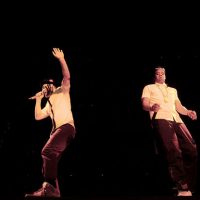 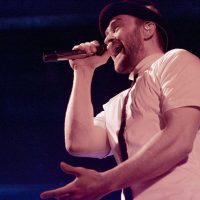 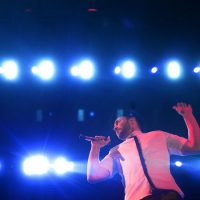 6 best songs at the Legends of Summer concert at Hershey

Both have strong stage presences and know the importance of showmanship. To say the concert was great, therefore, is a bit of a no-brainer. But here are some of the best moments from the show – and one song that didn’t fare so well.

«Summer Love» performed by Justin Timberlake
When this song began the audience came alive. Timberlake truly owned the track too, taking every opportunity to show off his dance moves.

«Hard Knock Life» performed by Jay Z
Jay Z’s classic track found new life in the «Legends of Summer» version. The live band – complete with tuba – backing it helped re-energize the track, which could have easily felt old rather than classic. Instead of being stale, it was fresh and the crowd loved it.

«Empire State of Mind» performed by Jay Z
Jay Z was at top form during «Empire State of Mind». He radiated energy and passion and when he ended the song he had this beaming smile you could not help but mimic. The song was framed with Timberlake singing «New York», which was a nice touch that showcased his vocals nicely. although his voice is altogether too pretty to compete with the Frank Sinatra version.

«Mirrors» performed by Justin Timberlake
A sweeping song perfect to encompass the entirety of a stadium, «Mirrors» did not disappoint. Timberlake’s vocals soared and the band echoed. It was one of those moments where the sound was so good it was tempting to close your eyes so you could focus on that alone – but then you wouldn’t see Timberlake dancing.

«Encore» performed by Jay Z
Live, this track has a gritty bite it lacks on the album. The energy was amped up and it was a heart pumping number which Jay Z owned in the fullest sense of the word.

And the shocking let down…

«Sexy Back» performed by Justin Timberlake
The rock version of the Justin Timberlake hit song fell flat with the audience. Maybe everyone was tired or already thinking about work the next day, but the crowd was a solid disinterested when this song came on.

And on Sunday that tour, Legends of the Summer, stopped here.

Rapper Jay Z and singer-songwriter Justin Timberlake didn’t disappoint the nearly 30,000 fans in Hersheypark Stadium, who were on their feet from start to finish of the show.

The show began with each superstar flanking the bright red stage, then converging in the center for their collaborative song «Holy Grail».

The audience was filled with fans of all ages and genders, and they were pumped up for the show with the help of DJ Cassidy before the headliners took the stage.

The artists performed together for the first few songs, then the concert devoted segments to individual acts.

After two songs, Timberlake looked out to the crowd and asked, «Are we having a good time, Hershey?»

The crowd’s response was more than enthusiastic.

Melissa Stradnick, Hershey Entertainment public relations manager, said she was very excited that Hershey was chosen for one of the coveted spots on the tour, which kicked off July 17 in Toronto and will end Aug. 16 in Miami. Hershey was the seventh stop.

Horn wasted no time getting her tickets. She didn’t let the fact that she was in the middle of an art history class at Brandeis University stop her from claiming her spot immediately.

Once the tickets went on sale online in late February, she switched from taking notes on her computer to buying two passes to the concert.

«I got them the second they came out», Horn said.

She and her sister, Rachel, 26, had planned to attend the show since they first heard it was coming to Hershey.

Horn’s parents paid for the tickets as a present to the two sisters, mainly to celebrate Rachel’s recent graduation from law school.

Horn said she was looking forward to both Timberlake and Jay Z’s performances, but was slightly more excited for Jay Z. Neither of the sisters has seen either one perform before.

Timberlake and Jay Z were playful on stage, dancing while the other performed and talking to the crowd.

Timberlake has come a long way from his *NSYNC days, shedding the boy band image and bringing a little edge to his performances.

The two artists are riding the height of their popularity with the recent premiere of two albums.

Jay Z and Timberlake have a combined 23 Grammy Awards and 67 million albums sold.