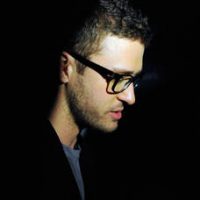 LOS ANGELES — Almost 20 years after he donned Mouse ears and made his small-screen debut, Justin Timberlake fits no one’s definition of a fresh face. In fact, he has hit that milestone that even gave the guy who brought sexy back a moment to pause and reflect.

In a way, the number is a tribute to the singer-turned-actor-and-enduring-heartthrob whose star never seems to lose even a bit of its sparkle. «I’m excited about this next decade because basically I don’t have a choice», Timberlake says, joking. «And honestly, I’m really excited to see where this time takes me. So you can say that I’m really cool with it. Bring it on».

And why not? Timberlake isn’t only a Billboard sure bet, but now he’s got box-office and critical cred when it comes to the movie business. Last year, he played Napster founder Sean Parker in «The Social Network», a movie that earned numerous Oscar nominations, but not one for him. «I was just happy that the film was recognized», he says.

This summer, he’s all about the fun with two films destined to prove his box-office draw.

In «Bad Teacher» (opening Friday), he reteams with former flame Cameron Diaz as the nice teacher to her drinking, swearing, kid-hating junior high school educator with a bad attitude.

No, for the millionth time, it wasn’t awkward for them to work together again after dating a few years ago. As the Hollywood lore goes, they met at the Nickelodeon Kids’ Choice Awards and the rest is history. «We went out. We had a drink», he says, laughing. Much more, he will never reveal.

«We’re still friends, and knowing each other was a great way to trust working with each other», Timberlake says. «Plus, nobody does a role like this better than Cameron».

He plays Scott Delacorte, a dedicated substitute teacher who must deal with the affections of Elizabeth Halsey (Diaz), who is looking to snag him because he has money. It’s not his teacher’s salary that interests her, but his family’s inheritance.

She’s a woman saving up for a boob job and plans to use her new body to snag a rich husband and leave teaching forever.

Timberlake jumped at the chance to show his comedic skills on the big screen. He has successfully hosted «Saturday Night Live», including last month’s highly rated season finale, which featured him in skits with Lady Gaga.

«I grew up loving comedy above all else», he says. «‘SNL’ was always my thing. I would beg my mom to stay up and see this show, and she wasn’t so convinced. This show was advanced!» he says. «There were years when I was a little bit too young to hear some of those jokes. I didn’t even get some of the political skits, but I was laughing along with the rest of the country. I knew I could do ‘Bad Teacher’ because I learned my comic chops watching this show», he says.

Director Jake Kasdan only thought of the one called JT for the role. «He’s a natural comic actor with great timing. Plus, he’s so easy to have on a set because he really wants to prove himself as an actor».

«It’s the whole question of can two friends have sex and keep it on that level», he says. «It’s not easy for the guy I play because all the emotions get involved».

The transition is tricky.

«It’s hard to convince the world that you’re serious when you come to the acting world as someone who is known for getting on a stage every night and rocking the house», says Timberlake.

Having a major critical hit like «The Social Network» (directed by David Fincher) didn’t hurt when it came to establishing himself as a serious actor.

«I was blown away at the film’s success», Timberlake says. «It was the greatest experience of my life because it was just so intense, which is how I love to work. I think of myself as the linebacker. I’m going to be there doing take after take or taking the hits until we win», he says.

He marvels, «We made a movie about people sitting in a room talking to each other, yet you’re hanging off the edge of your seat watching it».

Timberlake always longed for those kinds of moments.

At age 11, he was on «Star Search», where he didn’t win but cemented in his mind the idea that he would perform forever. Next, he starred on «The All New Mickey Mouse Club», where his co-stars included future girlfriend Britney Spears plus Ryan Gosling, Keri Russell and Christina Aguilera.

A crazy successful music career followed including his time spent in the boy band ‘N Sync, followed by his solo career, which includes the hits «SexyBack», «Cry Me a River» and «Rock Your Body».

As for the rest of his life, including relationships with Diaz, Spears and a recent breakup with actress Jessica Biel, he prefers to keep his sexy mouth shut.

«My grandfather always said, ‘Let people think you’re dumb and say nothing rather than open your mouth and let them know you’re dumb'», he jokes.