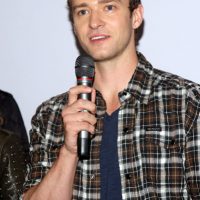 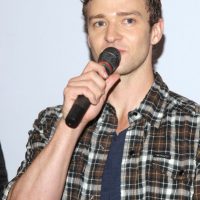 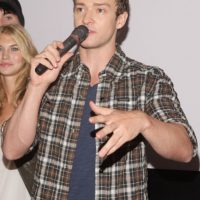 Justin Timberlake on His Fashion Line William Rast: «We Are Not Looking to Cash In»

Pop star Justin Timberlake was in New York last week with his BFF from Tennessee, Trace Ayala, to kick off New York Fashion Week with a jam-packed store appearance at Saks Fifth Avenue for «Fashion’s Night Out».

We almost got trampled, but made it through the crowd with the help of a security guard. In the middle of Saks’s bridal salon, we chatted with the 28-year-old pop star, dressed in a button-down plaid shirt and jeans from his Spring 2010 collection, about the challenges of getting taken seriously in the fashion industry, even for a multi-platinum recording artist with six Grammys, two Emmys (one of them he just won last weekend) and a nod from GQ Magazine as the best-dressed man of 2009.

Wall Street Journal: Tell me about how the brand has evolved since you launched it four years ago.

Justin Timberlake: Our goal is a small level of success, and we are happy to have it. We feel we’ve made the right steps to ensure we can stick around for a long time. That means actually doing the work.

In recent years, dozens of celebrities have started apparel brands. Now many of them are disappearing, either because of the economy, or because the celebrity is no longer in the public eye, or the clothes were bad, or whatever. What do you think when you look around and see all of that happening?

When we first put this together, I said that I want to treat this like everything you just mentioned doesn’t exist. We have to do the work. We have to do it the right way. We are not looking to cash in.

Is breaking into the fashion industry harder than you thought it would be?

It’s harder in general. It’s hard period. It’s hard without being able to get your foot in the door. In some respects, the stakes are higher [when you are a celebrity, because the retailers often take on a collection right at the outset.]

How did getting Johan and Marcella Lindeberg involved [by hiring them to design the collection in late 2007] change the way the brand was perceived by the retail world, and fashion insiders?

We’ve always wanted to be a lifestyle brand. I went with Colin [Dyne, William Rast’s chief executive] and we sat with Johan and I said, «I would like to start…moving the company forward with you». It seemed like a cool challenge [to expand the line into a full lifestyle collection]. It helped us have a creative team that focused the energy that we had. The things that we were green to, they taught us. They taught us a lot.

Just how to take an idea from a concept to a reality. Just about the steps along the way. [Although the Lindebergs and William Rast ended their contract in December 2008] we still want to keep them on as consultants. They want to move in a direction where they can do the same thing they did with us for other brands, if they wish. To be honest, we took up a lot of their time.

What did you learn through this whole experience of launching the brand at Los Angeles Fashion Week, then stepping back and hiring well-known professional designers?

Trace Ayala: I think when we initially did this we jumped into the collection right off the bat…we were excited, and we wanted to do everything.

Timberlake: Creatively, we thought it was important to come out with a full collection. We didn’t want to be just a jeans brand. We don’t want to be just a knits brand. It was expensive and hard to focus the direction [of the collection]. That’s where Johan and Marcella came in… We are happy where [the brand] is, and we see a million places where it can go.

All three of us [him, Mr. Dyne and Mr. Ayala] believe in hard work. I don’t want to get too idealistic while talking to the Wall Street Journal [laughs].

Why isn’t William Rast doing a fashion show this season?

Colin Dyne: We went on a European tour—Selfridges [in London], Collette [in Paris] and in Berlin, and now here at Saks…. In the turmoil of the industry, doing a fashion show is like throwing something at the wind. In this environment I don’t think it makes sense. For fall 2010 we will be there.

Timberlake: Also, all the designers are saying, ‘Why don’t we just do fashion shows for the public?’ And, it’s not a terrible idea. I think hard times bring out good things in people.

How do you think the collections looked this season? It seems like the economic pressure is bringing out some good design.

Everyone stopped being so gluttonous with the design. Everything looks really good. [Collections are] pretty tight.