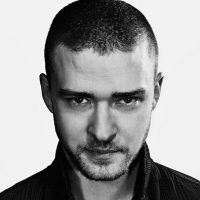 Recently, Justin Timberlake was in New York City to film Saturday Night Live, but he found the time to grant a few moments to journalists in his capacity as the new face of Givenchy’s cologne, Play. The process of interviewing Timberlake has more twists and turns than a Sue Grafton novel (J Is for Justin?), so I was sworn to secrecy about his location which, it turned out, was on an empty floor of a Chelsea condo building. Upon entering the uninhabited penthouse I was asked to watch a documentary about the making of the film shoot for the scent’s ad campaign. After the doc, I was allowed into the antechamber, one room closer to the man himself, where I watched another documentary, this one about the actual fragrance. Lost in the discourse of the citrus-y high notes of Play, I was startled to feel a gentle tap on my shoulder. «It’s your turn», said a clipboarded PR woman. I followed her through a partition and then, just like that, I had gained an audience with Mr. Timberlake. After exchanging pleasantries, we quickly got down to business.

Who are your fashion icons?
Mine are pretty obvious. Early Elvis — not the Elvis of onesies, but with the pomaded hair and big collar, the rockabilly stuff. Also, Sinatra. Johnny Cash. My stepfather was one of my style icons growing up. He was a banker, and I used to love to watch the routine he would go through. He would lay out his suit and the power tie he wanted to wear the night before. I used to watch him tie his own ties in the morning before going to school. When you go through the ritual of buttoning a collar, tying a tie, spraying on a scent, and picking out the right socks — you walk out a little more confident.

Has your style remained constant, or has it evolved?
I was an ’80s kid. The ’80s and ’90s were trend after trend after trend. In the ’90s, I had one pair of Girbaud jeans you couldn’t get off me. They still look like cool jeans, though. I think at the end of the day style comes from swagger more than anything. I don’t think you should walk out of the house saying, «I am going to try to pull this off». You have to feel completely comfortable in it before you step out the door.

It has to be unforced.
Exactly. I think that’s the operative term for 2009.

You have very concentrated bouts of dancing onstage. How do you remain undrenched in sweat?
Actually, I’m a sweater. That’s the beauty of camera. HD has kind of done a number on that, but I always thought the sign of a good performer was that they were working really hard and didn’t look like it.

Of all the smells in the world, why put your face to Play?
I’m not a cologne freak. I don’t wear it all the time. I’m not wearing it right now. My issue with cologne is that it makes you smell unlike yourself. Sometimes to be funky, you gotta smell funky. I like Play because it doesn’t take away from how you smell. It just accents it to make you smell a little better.