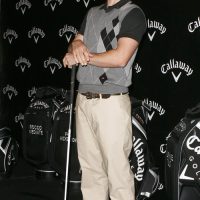 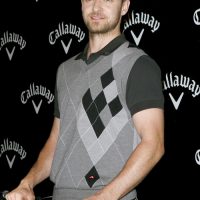 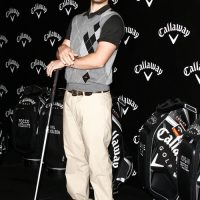 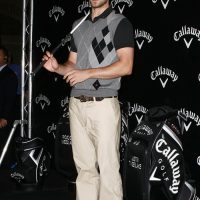 Justin Timberlake was in Grand Central Terminal on Friday hitting golf balls off a tee to promote Callaway’s new FT-iQ driver. A 27-year-old Grammy and Emmy Award winner and former member of ‘N Sync, he plays golf to a 6 handicap and is building a course in Memphis, his hometown. Timberlake also hosted a PGA Tour event last month, the Justin Timberlake Shriners Hospitals for Children Open.

WHEN DID YOU BECOME INTERESTED IN PLAYING GOLF?
I first got into the game as a 10-year-old growing up in Memphis. My stepfather, Paul Harless, is a pretty good golfer, and he would often take me to a nearby course to hit balls. As my life got busier, I found the golf course to be a great escape, a great way to be away from all the madness of press agents, BlackBerrys and cellphones that never stop ringing.

WHAT IS THE BEST COURSE YOU HAVE EVER PLAYED?
Augusta, no doubt. That’s where they play the Masters. It’s just a kind of magical place. The course, however, is not as intimidating as I thought it might be.

WHO ARE YOUR GOLF BUDDIES?
My biggest golf buddy is probably my stepfather. That’s another great thing about the game: it gives us a chance to spend some quality time. Most of the Hollywood types that I know are not very good golfers.

WHO ARE YOUR FAVORITE GOLFERS?
Tiger Woods, of course, but I love Ernie Els and Phil Mickelson. I would have to say that my favorite golfer of all time is Fred Couples. I just love the tempo of his swing. When he drives through the ball, it’s like he’s not even swinging.

HOW MUCH TIME DO YOU BUDGET FOR PLAYING GOLF?
I get in about one or two rounds a week. I take my clubs everywhere. I love going on a nine-hole vacation, and those 18-hole vacations, with just me and my clubs, man, that’s twice as much fun.

WHAT IS YOUR FAVORITE CITY?
I love Memphis, of course, but I also love New York. The city has a lot of soul. It’s real, there’s nothing fake about it.

WHAT DID YOU THINK OF THE PRESIDENTIAL ELECTION?
I loved it. It turned out just fine for me. I thought Barack Obama’s speech that night was extremely overpowering; it almost brought me to tears.

WHERE ARE YOU GOING IMMEDIATELY AFTER THIS INTERVIEW?
I’m going down to Chelsea Piers, where it will be quiet without all the microphones and cameras, and I’m just going to hit a few more balls.

I spent Friday in Manhattan, taking some time to go with some of the Canadian golf industry’s finest at first to Chelsea Pier to test drive Callaway’s new FT-iQ driver, and later to see a pop star endorse some golf gear.

I wasn’t really keen on the first incarnation of the FT-i driver — it sounded like hitting balls with a pop can. Though the results could be impressive, I wasn’t a big fan of having people turn their heads to look at me after every swing.

The new driver is a lot less attention grabbing, at least when it comes to the sound. However, the performance is pretty damned impressive. I found the flight stopped my drives from becoming a hook, and the distance was stunning (I won a long drive competition on a simulator by putting one out there 307, though I know that was downhill and can only assume with a 30 mile per hour tail wind as well.) Interestingly, Score Golf editor Bob Weeks, a lefty, spent a bunch of time hitting the right-handed driver with remarkable success and consistency. The only thing to note on this one is the half-degrees in loft (9.5, for example) have a more square face, while the even degrees are towed in a touch. That made a big deal of difference in my drives.

From there we went to Grand Central Station for the launch of the driver. It was an odd affair, with the driver being launched by Justin Timberlake, who recently signed a deal with the equipment maker. He came out on stage, posed for shots while what seemed like a million flash bulbs went off and photographers desperately shouted instructions («Give us a soft shot, Justin!» or «Hold it like a flower!»). Timberlake then hit a dozen shots in a net while the photogs scrambled to get in position and then left the public area to do some interviews.

It was a bit odd to hold the event in such a public setting and then have Timberlake almost entirely obscured to the public. Strange. I guess it made sense to someone, but I thought they could have gotten more value out of Timberlake.

Finally, about an hour later, Timberlake took a few minutes of questions with the Canadian media. Here’s what he had to say:

Why does this deal with Callaway make sense?

In talking with Callaway I think it makes sense because it doesn’t. If that makes sense. I think that this opportunity for me came obviously through the tournament in Vegas and making such a huge charitable contribution through the PGA [Tour]. Once we sort of got into bed with the PGA on that process, I think the people at Callaway were really receptive to creating some sort of partnership.

What’s the link between entertainers and golf?

From the time that golf has been golf, even in the Rat Pack era, it was equally popular because of people like Bing Crosby, but also Sinatra and Sammy Davis. People like that. Those are people that I aspire [to be like]. And even modern day too — there are a lot of celebrities and athletes that play the game and it makes it more attractive to everyone. I think that’s why this deal makes sense to both of us.

When I first started playing it was about getting away from everything else that I do. You go out there you hit the ball down the fairway and you hit the ball towards the green. That’s all you’re thinking about. And then when I started getting decent at the game and started hitting shots, I became involved in every part of it and wanted to better my game. It becomes an addiction. I’ve definitely sacrificed my social life for it.

What is more difficult — playing on stage for thousands or hitting balls at a pro-am?

Playing a pro-am. Absolutely. I played a show last night — I jumped on stage with Madonna last night for 60,000 people. But if you asked me to hit a ball over here in front of 10 of you guys, and I’m like naaaa (feigns nervousness).

You are a golf course owner now (his family recently acquired the Millington Golf Course near Memphis). How did that come about?

It is a golf course 10 minutes from where I grew up and my Dad taught me to hit a golf ball at this course when I was 10. We found out last year the owners found the upkeep was too much for them and unfortunately they were going to put it on the auction block. I said to my Dad, «What would happen if we just bought it?» So that’s what we did. So now we have this golf course and I said why don’t we refurbish it. Then I started asking questions. The golf course is in a wide open field sort of area so I wondered how easy it would be to solar power the clubhouse. Then someone mentioned you could do a soy-bean fertilizer. And I thought, ‘Could you actually make a golf course green?’ Cause that’s the only sort of downside to golf courses — they use so much water and there’s such upkeep. I don’t want to throw a misquote out there — but I think it’ll be the first American eco-friendly golf course from top to bottom.