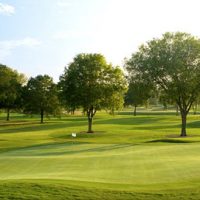 Justin and his family are preparing for the opening of their new golf course, Mirimichi, which is located 20 minutes outside Memphis, this weekend. In preparation, we chatted with Justin about the course’s design and eco-friendly qualities, as well as his favorite hole.

Mirimichi opens to the public this Saturday, July 25th.

How does it feel now that Mirimichi is officially opening?

It’s a hoot for me to have it and it’s an awesome feeling to give it back to the community. Hopefully, it will be something good for the Mid-South — not just Memphis — but for the whole Mid-South. Hopefully, people will hear about this public course in Memphis that is a gem and they’ll come and pay $60 bucks for a cart, range balls and full 18 with a caddy.

Can you talk about the environmental features of Mirimichi?

We stumbled upon the environmental thing. We had to gut it and re-irrigate the course and I just said, in re-irrigating this, is it possible to reuse the water in a way that would zero out our ecological footprint. And as it turns out, you actually can make a golf course eco-friendly.

Did you participate in the design any of the courses?

It was very cohesive between my dad and my mom and myself and Talent golf (who built the course.) There are little things on the course that I think are going to make it special in the years to come and unique to everyone who plays it.

The way I always judged if I really love a course and if it’s really a great course is, after I’ve finished playing it, how many holes out of the 18 do I remember. My dad does the same thing. That’s why I think Pebble Beach will always be a highly-rated course because you can remember every hole in that course after you play it.

I think we’ve put together a layout that is very strong. I don’t feel like one hole looks like another hole. I feel like every hole is so unique to itself, and that’s what, in my opinion, makes Mirimichi an amazing golf course.

Is there a particular place or hole that is special to you on the course?

I guess I would have to say hole 10. Because back when it was called Big Creek, my dad taught me how to hit a golf ball there; that was the first golf hole I ever played. It’s completely redone now, it’s a completely different hole but it’s still like I remember being 10-years-old and being out there and him going, «This is how you swing your club», which is cool.

Mirimichi golf course is «the coolest thing» Timberlake has ever done

Justin Timberlake has been a hit as a pop music, TV and movie star, but he’s apparently not ready for City Hall.

Asked by a reporter Friday if he’d be willing to end Memphis’ political turmoil by running for mayor, Timberlake sputtered and smiled and put forth a different candidate. «I’d be the first to appoint my dad», he said, referring to stepfather Paul Harless. «His record is way cleaner than mine». 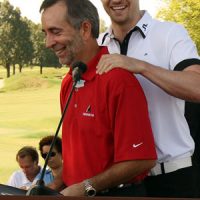 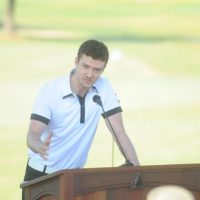 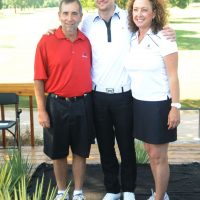 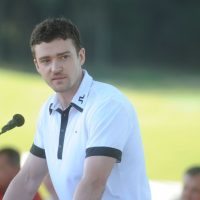 Timberlake may not have political ambitions, but the 28-year-old former Millington resident and «SexyBack» singer was happy to be described as «an ambassador and a champion for the city of Memphis» as he introduced his new eco-friendly, state-of-the-art Mirimichi golf course to the media Friday morning.

The par-72 course at 6195 Woodstock-Cuba Road in Millington opens for public play today.

«Mirimichi» reportedly is a Native American term for «place of happy retreat», and Friday’s lovefest of a hometown news conference — which took place just north of the 18th green on a handsome wooden deck where an outdoor bar and fireplace will be built — must have had a «Mirimichi» vibe for Timberlake, who’s used to dealing with invasive paparazzi and entertainment journalists.

«I think this is probably the coolest thing I’ve ever been a part of in my life», Timberlake said of Mirimichi.

He invested about $16 million in the course, which was the first in the country to be certified as a «classic sanctuary» by Audubon International, in recognition of the course’s «environmentally sustainable» design, which is intended to make it as friendly for wildlife and native plants as for golfers.

Only about 85 of the facility’s 200 acres are «mowable» turf — the rest has been given over to «native grasses», according to Rich Peterson, Mirimichi general manager.

Said Timberlake: «I was able to pose the question, is it possible for a golf course to actually be ‘green’?»

Asked if Timberlake had done much «hands-on» work at Mirimichi, Randy Wilson — designer of the course, with Mike MacElhose — said: «The deal was, if he taught us how to dance, we would teach him how to run a bulldozer».

Originally «beanfield farmland», according to Mirimichi director of golf Greg King, the area has a lot of history for the Timberlake family. Paul and Lynn Harless (Timberlake’s mother) held their wedding reception at the Woodstock Hills Country Club that once occupied the site.

«Right there on the 10th tee is where I hit my first golf ball ever, when it was Big Creek», Timberlake said.

Paul Harless — a partner in the course with his wife and Timberlake — said Mirimichi is more than just another golf course. Thanks to Timberlake’s involvement and its eco-friendly design, it is expected to attract «national tourists» to Memphis, he said, and to «promote and contribute to the economic growth of Memphis». He said he hopes to bring «a U.S. Open event» to Mirimichi in 10 to 15 years.

In recognition of such ambition, Mayor Willie Herenton issued a proclamation declaring July 24 «Paul Harless Day» in Memphis. Special assistant Pete Aviotti, who attended Friday’s event to represent Herenton, said the declaration was historic because it would be Herenton’s last such proclamation.

Timberlake — dressed in conservative golf attire of black slacks and a white shirt with black trim — said it wasn’t hard to decide to build a course in Millington rather than, say, Los Angeles.

«I could care less about celebrity», he said. «This is where I grew up, and this is home … and it always will be for me. Any time you can give back to that and get 18 holes in, it’s a win-win».

Added Lynn Harless: «We are so proud of Mirimichi and what we’ve created here. I was just equating it to birthing a new baby».

Timberlake quickly added: «I’d like to say that I know nothing about birthing babies. That should cover the press for about two weeks, all over the world».