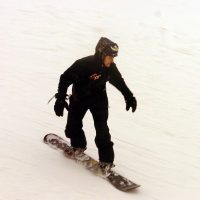 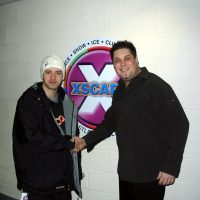 The former NSYNC star, now best known for solo hits such as Cry Me A River and Can't Stop the Feeling, spent an afternoon at the ski slope in January 2004.

It is believed that he visited the snow dome while on his Justified World Tour, which included dates in Sheffield, Manchester and Newcastle.

After an afternoon of snow boarding, he stopped for a meal at Frankie and Benny's, where he enjoyed a chicken ravioli.

Timberlake is far from the only celebrity to pay a visit to the Wakefield district. Earlier this year, Ian McKellen paid a visit to a restaurant in the city centre and Hugh Jackman was spotted at a Walton pub.

In June, Michael Buble made a surprise appearance at the White Rose Shopping Centre. And, of course, who could forget the photos of Michael Jackson at Wakefield Theatre Club?

The original article about Timberlake's visit, published on January 21 2004, reads as follows:

"JUSTIN Timberlake thrilled fans when he hit the ski slope at Castleford's Xscape. With his hat pulled low and wearing snowboarding gear, the pop sex symbol was almost unrecognisable. But young fans eventually spotted him -- and clamoured for a closer look.

"Justin, currently touring the UK, arrived at 10. 30am yesterday and spent several hours on the slope in the early afternoon.

"He enjoyed himself so much that he and his entourage had a late lunch at the complex and then hit the snow again before leaving just before 7pm.

"The ski shop at the complex was closed to the public while Justin -- dating movie star Cameron Diaz -- looked around with his minders.

"He gave a quick wave as he was whisked through the changing room and then driven away. In black salopettes, a hooded top and a helmet with a skull and crossbones motif, he obviously felt at home on the real snow slope and waved to kids on the toboggan run.

"Leigh Nicholson, events and marketing coordinator at Xscape, said Justin and two of his dancers booked in under false names.

"They paid like everyone else, " he said. "He commented on the quality of the snow". Alex Momtchilov, an instructor, went boarding with him.

He said:" We talked about tricks. I had a good time -- the adrenaline was pumping".

News of Justin's visit travelled fast and fans hurried to the viewing area to catch a glimpse.

Samantha Holmes, 14, of Castleford, was thrilled to see it really was him.

She said:" We thought it would be a lookalike".

And three fans from Pontefract, Penny Bennett, 16, and Vicki Boulton and Jodie Jackson, both 17, were overjoyed when he waved at them.

Penny said: "We had ordered our food in a restaurant when someone said Justin was snowboarding. We went running out".

The star had a meal at Frankie and Benny's in Xscape.

Standin general manager Melanie Bean said he was with a party of about 16 and had chicken ravioli.

"The staff were very giddy, " she said.