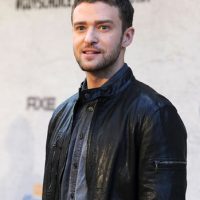 Justin Timberlake’s longtime manager Johnny Wright said on Friday July 2 that a talent show or some other way of developing new artists will be core to the revamp of Myspace.

The kernel of an idea is what has emerged from a frenzied two weeks of deal-making that brought the former `N Sync pop star into a partnership with new buyers of the ailing website.

«Whether it becomes a talent competition or something like that, those are things that we will still flesh out», said Wright, who has managed Timberlake since his ‘N Sync days. «We definitely want to bring the industry back to Myspace to really look at the talented people that have put their faces there».

Timberlake and the new management of the social networking site will explain their plans at a press conference Aug. 17.

His new partner is Irvine, Calif.-based online ad network operator, Specific Media. It said Wednesday afternoon that it had bought Myspace from News Corp. The deal was for $35 million, mostly in stock.

Hours later, Specific Media said in a second release that Timberlake had become a part owner and would be a creative force behind the social network’s revival with his own office and staff.

Timberlake’s partnership deal hadn’t been completed until 30 minutes before Specific Media’s Myspace purchase was made public.

It capped a rushed courtship, starting with an idea hatched by Nicole Winnaman, a branding executive who has also worked with Timberlake since his ‘N Sync days.

She knew the people at Specific Media, including its founding brothers, Tim, Chris and Russell Vanderhook, and got approval from Wright to explore a partnership two weeks ago.

The Vanderhooks jumped aboard on Thursday last week, without even knowing they’d win the bidding for Myspace.

«It was the Thursday before. They said, ‘Let’s go, let’s see if we can pull this together’, » Winnaman said.

Wright, Winnaman and the Vanderhooks met Friday last week at Los Angeles International Airport for a meal and conference call with Timberlake, who was in New York. They all met again in New York late Tuesday afternoon, where everyone was «instantaneously aligned», Winnaman said. Lawyers worked through the night before the deal was announced Wednesday.

Wright said Timberlake is anxious to get to work. The day after the deal closed, Timberlake sent Wright an e-mail saying, «Are you up? My mind is going dizzy with ideas. I need to talk».